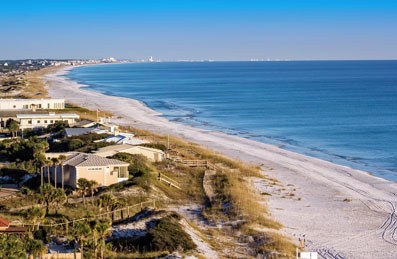 Having a successful rental property requires a lot of time, effort, experience and knowledge. Let us save you that time, effort and frustration that comes with gaining that experience.

As a full service Okaloosa Island property management company, our team is responsible for taking care of all aspects of managing your rental(s).

How much rent can you get for your investment?

Our market analysis helps landlords and us make data-informed decisions about their rental property, including rate estimates and other information so they can invest and manage their investment property more wisely.

Get started with your FREE RENTAL PRICE ANALYSIS by completing the form to the right.

Get started with your FREE RENTAL PRICE ANALYSIS by completing the form below.

As your Okaloosa Island Property Manager

Marketing is key to successful rentals. We provide an expert market analysis for each property we manage to maximize your return on investment.

We conduct extensive screening on all tenants & handle every aspect of getting your property rented in the shortest time possible.

We make sure you get paid on time, every time. You no longer have to worry about rent showing up in your bank account.

We conduct inspections upon move-in and move-out and ensure all maintenance issues are addressed in a timely manner.

With our detailed financial reporting tools and online owner portal, it's never been easier to keep tabs on your investment.

In the unfortunate event that a tenant needs to be evicted from your rental, we will shield you from the stress and re-rent the property promptly.

Okaloosa Island is a breathtaking scenic barrier island between Fort Walton Beach and Destin surrounded by Santa Rosa Sound, Choctawhatchee Bay and the Gulf of Mexico. It is sometimes referred to as “West Destin” and offers much less crowded beaches (buildings are limited to 75 feet in height instead of hundreds of feet as permitted in neighboring Destin) and less traffic than Destin which the residents highly appreciate. Wikipedia defines Okaloosa Island as an 875-acre parcel of Santa Rosa Island with 3 miles of Gulf frontage. It was formerly owned by the United States of America but was transferred to Okaloosa County for $4,000, which was the result of the efforts of Congressman Bob Sikes, a legendary Congressman from Crestview, Florida who was the Chairman of the Armed Forces Committee (make sure) and was instrumental in bringing all of the military bases to Northwest Florida.

Okaloosa Island has a deep rooted history. It was known as Tower Beach in the 1930s and early 1940s and contained an amusement park, boardwalk hotel, casino, restaurants and concession stands. It was a legendary destination where wealthy young vacationers enjoyed the perfect combination of being a part of the most pristine of natural offerings with the finest dining and cultured nightlife. It was operated by Thomas E. Brooks, the Founder of Fort Walton Beach and for whom the Brooks Bridge between Okaloosa Island and Fort Walton Beach is named. Tower Beach was largely destroyed by fire on Saturday, March 7, 1942. Wartime priorities precluded its reconstruction.

Okaloosa Island is now a golf cart friendly, laid back oasis perfectly tucked away from the rest of the world. It is famous for its pristine beaches, crystal white sand, beautiful clear emerald green water, fantastic water sports, awesome attractions, fantastic restaurants and nightlife (such as the Hightide, Old Bay Steamer, the Crab Trap, FUBAR Bar and Pizza, the famous Swizzle Stick lounge, Big Al’s Beach Club, Rockin Tacos, Dock of the Island, Floyd’s Shrimp House, the Gulf, and AJ’s Oyster Shanty many of who give local discounts), amazing events at the Emerald Coast Convention Center, the Boardwalk Entertainment area with its gulf front restaurants, shops, activities and attractions (and fireworks weekly through the spring and summer months), and the eclectic and welcoming downtown Fort Walton Beach right over the bridge with amazing restaurants (Burrito Del Sol, Ali’s, Bay Café, Magnolia Café, Fokkers Pub, Sealand Restaurant, Olive Garden, Red Lobster, Buffalo Wild Wings, Clemenza’s, art and live music at KCs, Enlightened Studios, the Block, the Green Door and, the Goat. Come play beach volleyball on sand so fine it squeaks under your feet. Catch a big one surf fishing or fishing from the 1,261-foot-long Okaloosa Island fishing pier, where many trophies have been caught over the years. Have the safe and protected feeling of watching military aircraft such as F-35s from Eglin Air Force Base and Ospreys from Hulburt Field fly above your head with your safety as their mission. What a place to live.

Families return here year after year and generation after generation to build lifelong memories on the gorgeous beaches and in the comforting waters. You should make it your home. Please allow us to assist you in finding a place to live in this beautiful sanctuary.

Explore All Areas We Service